On 2/7/2015 Gerarda Mader put forward a suggestion that an “official” Landcare group be formed and proposed a meeting for 8/7/2015 to be attended by:

Gerarda said, “We have lived out here since early 90’s and am aware of a unofficial land care group in the area with more people moving in all the time. I walk and take photos of the tiny flowers and bugs and flora, other neighbours have catalogued all plants on their block and in the area, another likes to find and identify the frogs, another has just purchased land with the view to rehabilitate the wet lands and scrub, many are rehabilitating and preserving the bush. We all appreciate it.”

A large group attended the meeting and resulted in a formal Landcare group being formed. 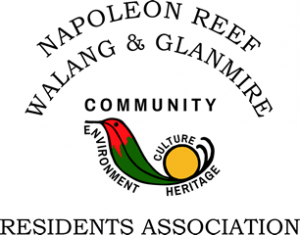